Equipping the Churches in Japan

Equipping the Churches in Japan

“We didn’t know that happens here.” “Really? Here? Are you sure?” That is the overwhelming response whenever I share about human trafficking in Japan. People don’t want to believe that something so terrible happens in a country like Japan.

On January 6, I led an ENGAGE training with Asahikawa Gospel Church, which is in Hokkaido, the northern island of Japan. Though I have led trainings with a few international churches in Tokyo, this was the first one with a Japanese church. For the first few hours of the training, I share information about how human trafficking occurs in Japan, and we read stories of real victims. I could see the shock and horror on their faces; some shivered and wrapped their arms around themselves as we talked. Many who attended had heard some stories on the news of child soldiering, organ trafficking, even labor trafficking, but the news is strangely silent about the most common form of trafficking in Japan, sex trafficking. Increasingly young Japanese girls and women are being targeted and tricked or lured into prostitution or pornography. One of the participants asked: “Why doesn’t someone teach them? They need to be warned about the tactics traffickers use.”

In the afternoon, as we went on to study the Bible and what God has to say about the vulnerable and went through the process of discovering what assets, skills, and resources God had given them, as individuals and as a church, to help the vulnerable, I began to see hope bloom on their faces. Seven church members attended the training. As they saw the white board fill up with the talents, skills, and resources of just a handful of people from the church, they were amazed to imagine what it would look like if everyone in the church had theirs listed as well. 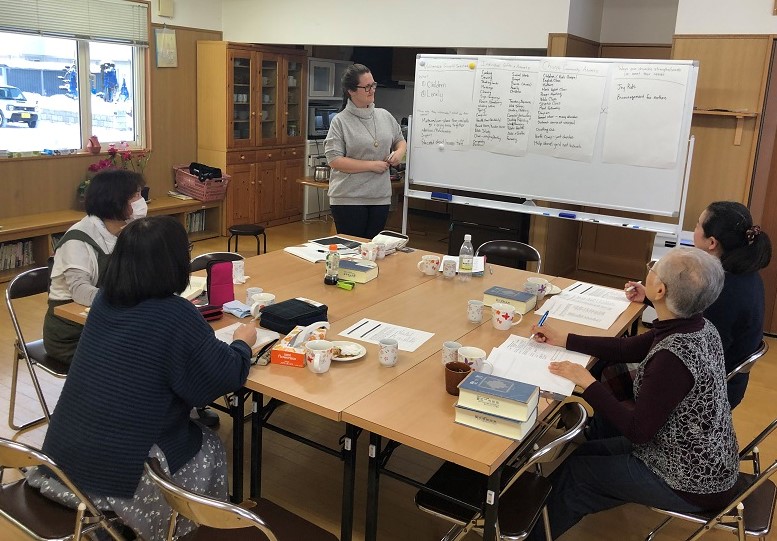 Though it is difficult to confront the reality of human trafficking, knowing about it gives them power, power to help others and protect others. They realized that they can be the ones to teach others about human trafficking. They can be the ones to warn the people in their lives about the tactics traffickers use and what to look out for. They don’t need to wait for someone else to do it. They started to talk about specific people in their community they could reach out to and different ministries they already had at the church where they could add elements of what they had learned. I saw the excitement start to grow. This is my favorite part of the training … when I can take a step back and simply let their excitement and the Holy Spirit lead the church members where he wants them to go.

All of the participants expressed a desire to reach out to the lonely, those who are socially isolated and facing difficulties. They especially want to do more to reach out to kids from single-parent families or are isolated in other ways and bring them into the church community through their talents in arts and crafts, sewing, cooking, and other skills and assets. They also, importantly, want to warn them about the dangers of human trafficking. I am so encouraged by their desire to do something to help those around them who are vulnerable and to teach others what they learned about human trafficking. Please pray with me for this church, and please pray that their church will be the first of many in Japan to request an ENGAGE training so that they too can be equipped to prevent human trafficking. 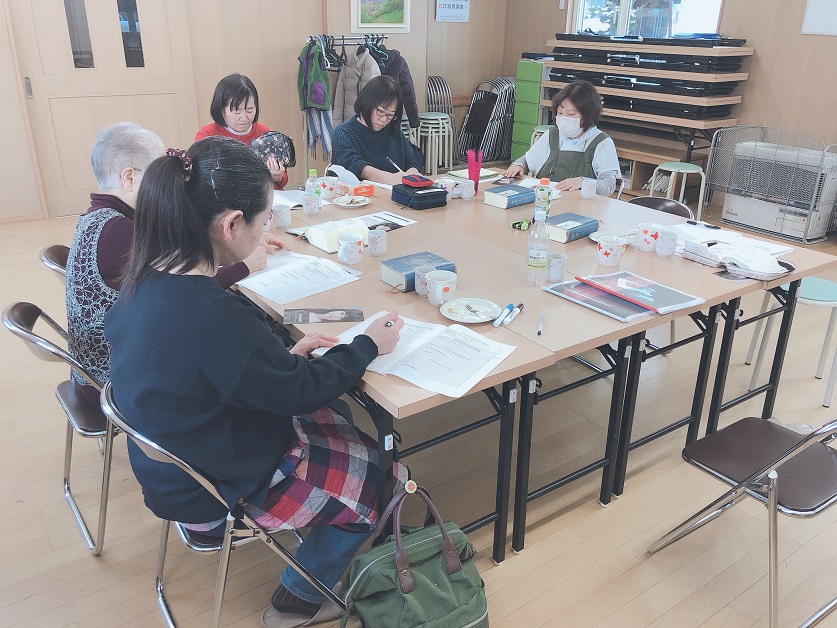 REQUEST A SPEAKER
REQUEST A TRAINING
Go to Top